Japan is located at the western side of the Pacific Ring of Fire and situated on top of four major tectonic plates. Volcanic activity occurs along 5 active volcanic arcs which are from N to S the Kurile arc, the NE Japan arc, The Izu Bonin Arc, the SW Japan Arc and the Ryukyu Arc. Many of the active volcanoes of Japan are large stratovolcanoes which produce highly evolved magmas and therefore pose a substantial hazard to people and infrastructures in their vicinity. Japan has faced several volcanic disasters in its past for example from Mt.Tarumae or Mt Asama.

I believe that by understanding the history of a volcano and its past eruptions, one can understand potential future activity which can help to mitigate and prevent future volcanic disasters.

The Karasugasen lava dome is part of Mt Daisen, a large stratovolcano located in San-in district in the southwest Japan. Volcanism in this area is related to subduction process and occurs due to subduction of the Philippine Sea Plate (Kimura et al., 2014) Magmas of Mt. Daisen have been identified as adakites and interpreted as a result of slab melting. (Morris, 1995; Tamura et al., 2003) The volcanic products are mostly dacite dome lavas, block and ash flows and Plinian tephras (Tsukui, 1984).

Sasaganaru pyroclastic flow deposits show typical block and ash flow facies (Fig. 2) and is composed of a matrix composed of polyhedral essential rocks with poor foaming and fine powder, and an unclear stratified structure and reverse grading are recognized. 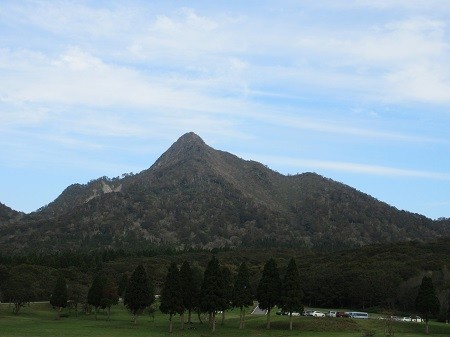